Who's The Big Dog Now?
The Ultimate Redshirt

When Wyatt (the guy from the music video for "Take On Me") beams aboard the Enterprise to marry Counselor Troi, Commander Riker realizes that he won't "be gone in a day," and it really puts him in a foul mood. It doesn't help that Troi's mother is getting into people's heads, and the combination of Wyatt's creepy Glamour Shots-style drawings and the arrival of an alien ship mean that the wedding plans are off the rails in a hurry. What is "80's hot" anyway? Does big hair qualify as formal attire? Can Troi's mom see inside Riker's head, and does she want to? It's the most 80's episode yet, and we're forced to review it! 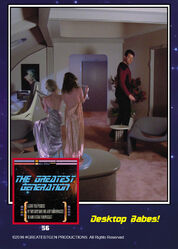 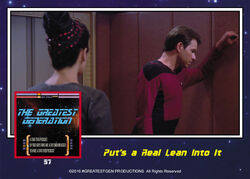 Put's a Real Lean Into It 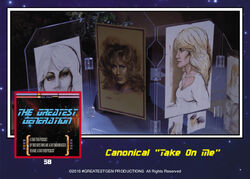 Canonical "Take On Me" 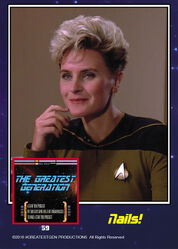 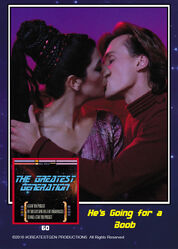 He's Going for a Boob 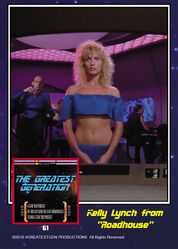 Kelly Lynch from "Roadhouse"
Add a photo to this gallery
Retrieved from "https://greatestgen.fandom.com/wiki/TNG_111?oldid=2809"
Community content is available under CC-BY-SA unless otherwise noted.