The Takeover
A Warrior Is Coming

When Wesley Crusher (the boy?) begins his Starfleet entrance exams, he's got two things on his mind: overcoming his greatest fear, and overcoming a terrible Pee-wee Herman-style haircut. Meanwhile, on the Enterprise, Admiral Quinn and Lieutenant Commander Remmick are investigating a possible conspiracy, and pissing off the crew in the process. Is "The Riker Maneuver" mostly about testicular health? What is the punishment for Grand Theft Shuttlecraft? And just what the hell is a sher-RAHHHHD? It's our final episode before NPR syndication! 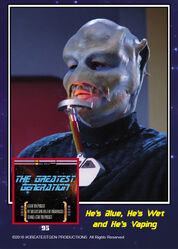 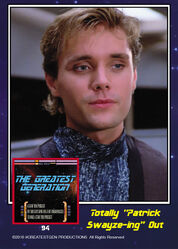 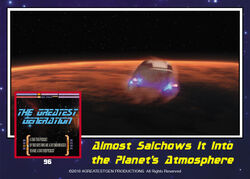 Almost Salchows It Into the Planet's Atmosphere 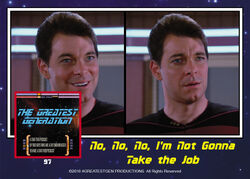 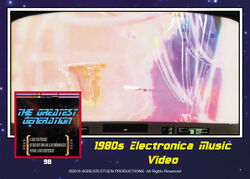 1980s Electronic Music Video
Add a photo to this gallery
Retrieved from "https://greatestgen.fandom.com/wiki/TNG_119?oldid=2817"
Community content is available under CC-BY-SA unless otherwise noted.