A Warrior Is Coming

A Warrior Is Coming

Chaotic Bro
The Clearasil of Freedom

When the Enterprise discovers a busted up freighter in the Neutral Zone, they find the only surviving passengers are some Klingons who are far from neutral. These survivors follow the well known convention that any group of three Klingons have to have names that start with K, which is why Worf doesn't quite fit in with them. Worf's inner struggle becomes outer struggle as the survivors commit party foul after party foul all over the ship. What parts of the Klingon uniform are secretly weapon components? Why does Worf keep yelling at the ceiling when Klingons die? Where's Troi? And what should the crew do with all these bodies? It's the first episode to really test whether we can make good pod about good show.

For not doing the warrior yell when Konmel died

For walking through a hot, radioactive corridor 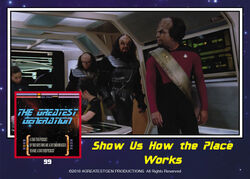 Show Us How the Place Works 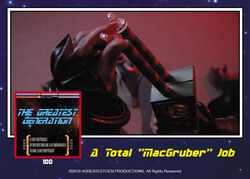 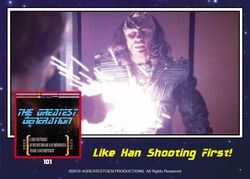 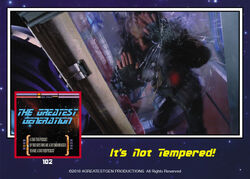 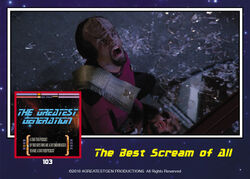 The Best Scream of All
Add a photo to this gallery
Retrieved from "https://greatestgen.fandom.com/wiki/TNG_120?oldid=2818"
Community content is available under CC-BY-SA unless otherwise noted.