When Counselor Troi's driver puts their shuttlecraft into a ditch on planet Vagra II, it's up to the Enterprise to play the part of AAA. It's just too bad that Armus is there, blocking their way and being a real jerk about it. Did Worf hedge his bet on Tasha Yar? Why are business trip conferences still a thing in the future? Did Leland T. Lynch "Argyle" himself off the show? It's the episode where we turn tragedy into comedy!

(Too distraught to find a Shimoda)

For constantly repeating his full name 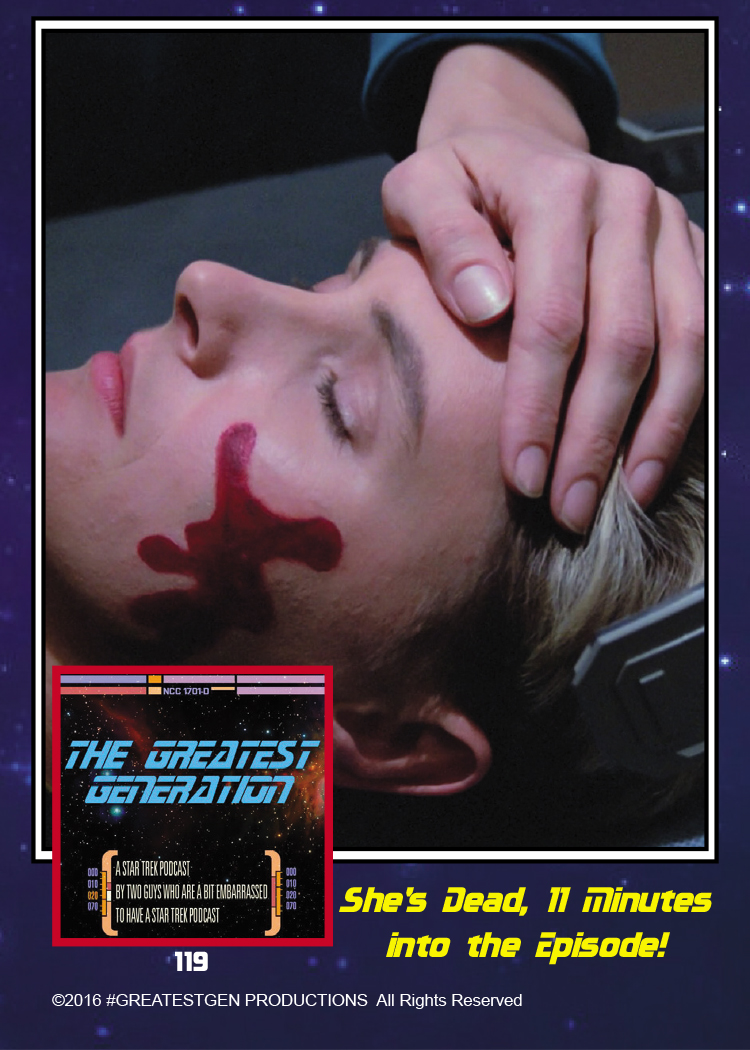 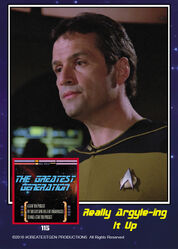 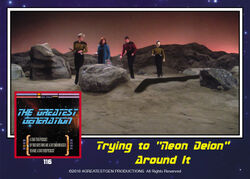 Trying to "Neon Deion" Around It 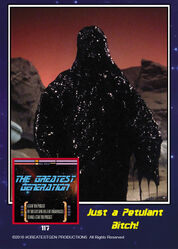 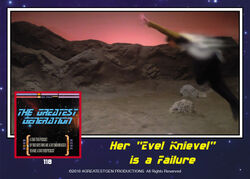 Her "Evel Knievel" is a Failure 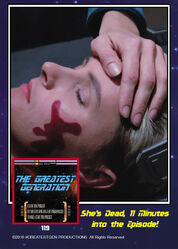 She's Dead, 11 Minutes into the Episode! 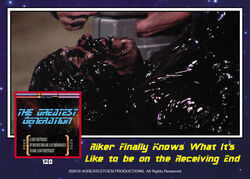 Riker Finally Knows What It's Like to be on the Receiving End
Add a photo to this gallery
Retrieved from "https://greatestgen.fandom.com/wiki/TNG_123?oldid=6274"
Community content is available under CC-BY-SA unless otherwise noted.