When Data and Worf beam some popsicles aboard the Enterprise, the doctor thaws them out, which treats the whole ship to an unfrozen caveman legal drama. And that's not to mention all the starbases and outposts that are being disappeared, presumably by Romulans, along the edge of the Neutral Zone. Picard quickly gets to the end of his rope when one of his primeval passengers tries to get involved in galactic politics. Will Data and his new friend pick up any "pit woofies"? Will Troi manage her day well enough to be on the bridge for contact with hostile aliens? Will Worf ever learn to live in a world with locked doors? It's the last episode of the worst season of our favorite show, and we send it off in style!

For wanting to drink as soon as he's thawed out

For wanting to party while the Romulans threaten the ship 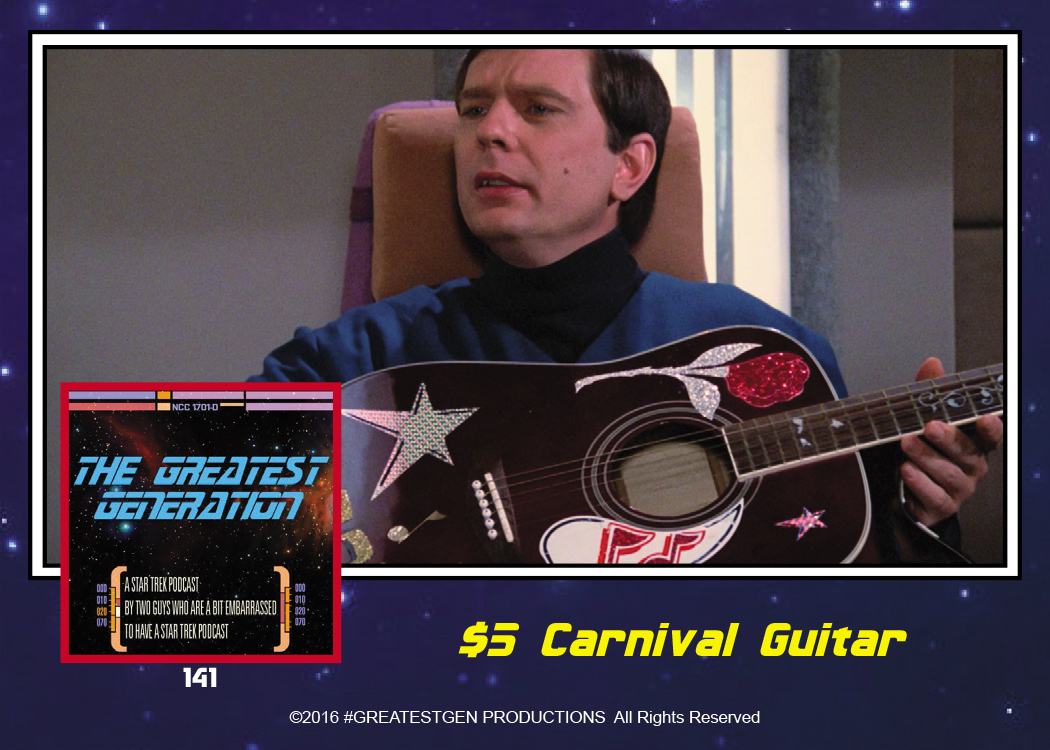 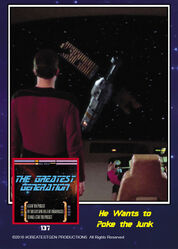 He Wants to Poke the Junk 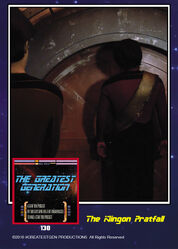 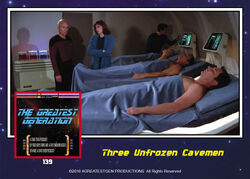 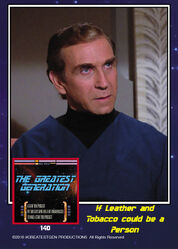 If Leather and Tobacco could be a Person 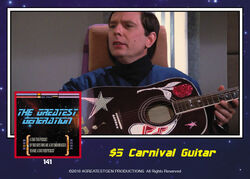 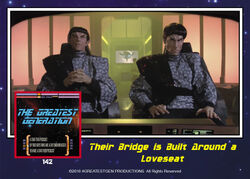 Their Bridge is Built Around a Loveseat
Add a photo to this gallery
Retrieved from "https://greatestgen.fandom.com/wiki/TNG_126?oldid=6147"
Community content is available under CC-BY-SA unless otherwise noted.