Loud as a Whisper

No Joke Is Getting Out Alive
A Case of the Spaceys

When the Enterprise has to transport Ginger Jesus to a peace negotiation between some ersatz Klingons, his sexual super-magnetism is a distraction for some of the crew. Their 5-star Uber rating is seemingly in the bag until his cadre of helpers is killed on an away mission, forcing the diplomat to talk only with his hands. Are these the worst alien effects we've seen? What's a job interview like for a bathroom attendant? Do they still have Pier 1 in the future? It's the episode where we return to Anybody Canyon!

Adam's pick is The Dick Valet

For getting hired to be a dick valet

For saying "Cluck cluck cluck. You're being a mother hen." 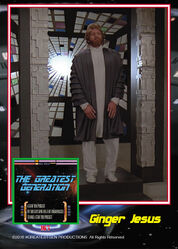 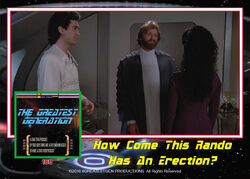 How Come This Rando Has An Erection? 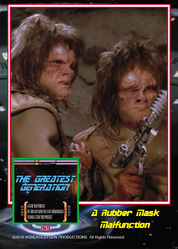 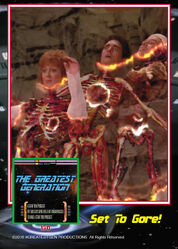 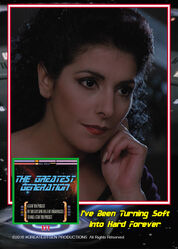 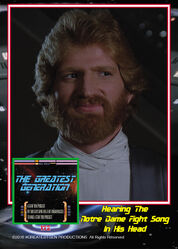 Hearing The Notre Dame Fight Song In His Head
Add a photo to this gallery
Retrieved from "https://greatestgen.fandom.com/wiki/TNG_205?oldid=2829"
Community content is available under CC-BY-SA unless otherwise noted.