When the crew beams a big pile of ship aboard, they decide to beam down to a planet with a frozen fart-based atmosphere to investigate. The DustBuster club quickly find themselves trapped in a nightmare vacation to Vegas. Is Worf behind the lack of door locks on the Enterprise? Is Picard's love of trashy novels distracting him from mounting a sincere rescue operation? Is playing along with a bad book the only way to escape it? It’s the episode where we declare that we’re here to defend democracy, not necessarily to practice it.

For staying alive so long

For trying to push through a wall 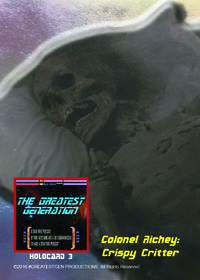 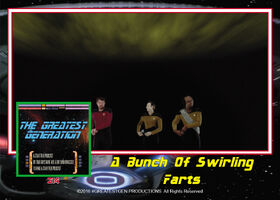 A Bunch Of Swirling Farts 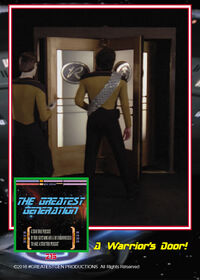 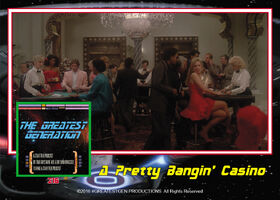 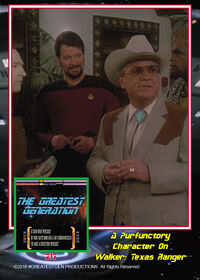 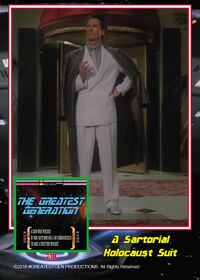 A Sartorial Holocaust Suit
Add a photo to this gallery
Retrieved from "https://greatestgen.fandom.com/wiki/TNG_212?oldid=2836"
Community content is available under CC-BY-SA unless otherwise noted.