A Tat for Every Tit

A Tat for Every Tit

When the Enterprise engages in war games, their opponent is the biggest WOPR of them all: Commander Riker. Unfortunately for Captain Picard, Riker's team includes Ensign Crusher (the Boy?), and a threat from an unexpected foe. Who gave Picard a hickey? Is one of Riker's crew giving off Laura Dern vibes? What are the chances of getting a "Natural Yeager"? It's the episode with excellent finger dexterity!

For his continuing gambling problem 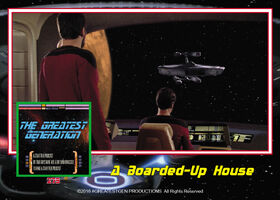 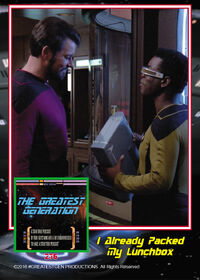 I Already Packed My Lunchbox 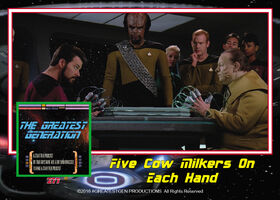 Five Cow Milkers On Each Hand 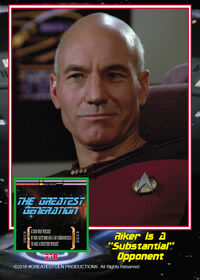 Riker Is A "Substantial" Opponent 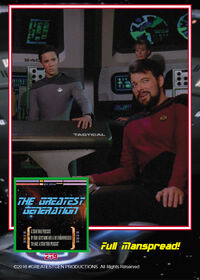 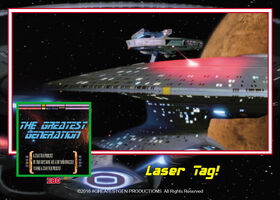 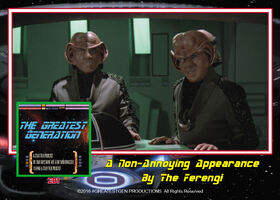 A Non-Annoying Appearance By The Ferengi 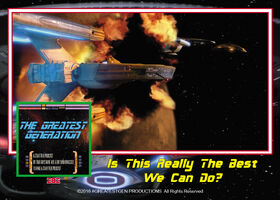 Is This Really The Best We Can Do?
Add a photo to this gallery
Retrieved from "https://greatestgen.fandom.com/wiki/TNG_221?oldid=5893"
Community content is available under CC-BY-SA unless otherwise noted.