A Tat for Every Tit
Thinking About Baseball

When Riker gets some DNA in him, it’s not just from another romp on the holodeck. Unfortunately, the STD test comes back positive and it's a race against time to save his life. Dr. Pulaski hatches a plan to make Riker re-watch episodes of the show that would even make Captain Picard shudder. Is Chief O’Brien trying to give Pulaski a heart attack? Is Troi going to be ok when Riker’s most erotic dreams leave her in the lurch? Is the Captain ever going to recover from being bald-burned? It’s our most ill-advised episode yet, and the one that took by far the most work!

For not crediting himself as Alan Smithee

Ben's pick is Ben and Adam 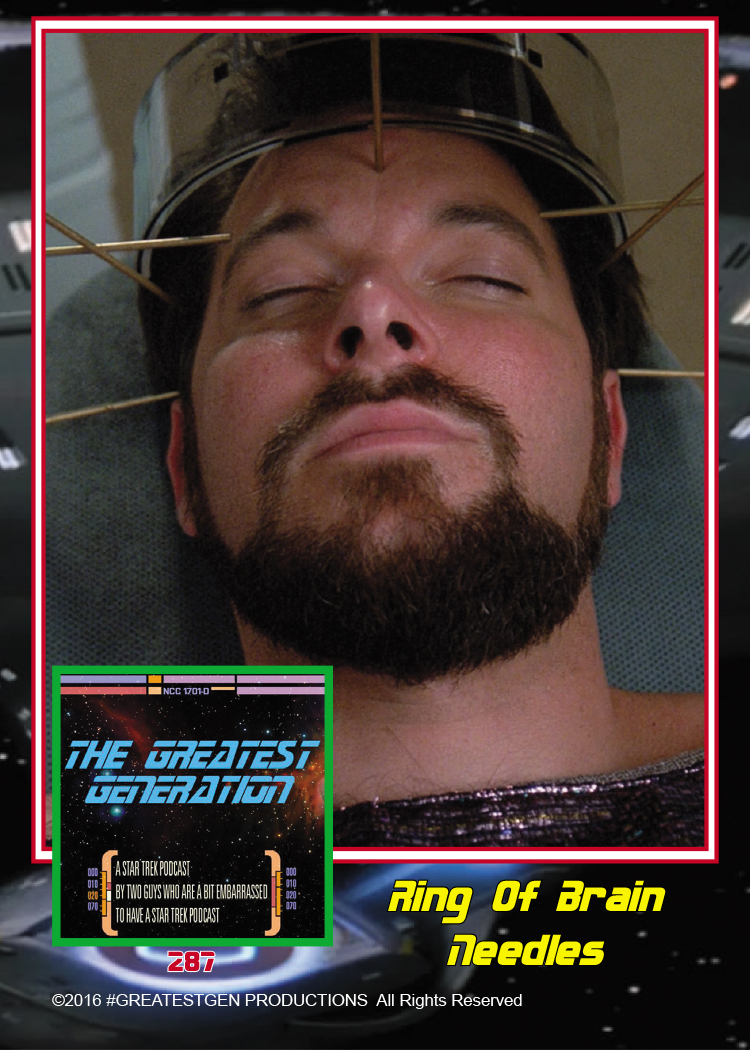 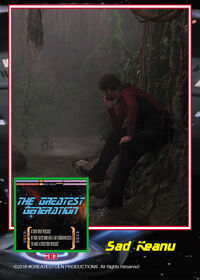 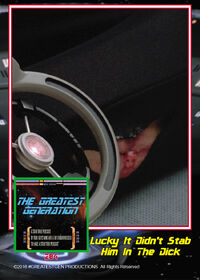 Lucky It Didn't Stab Him In The Dick 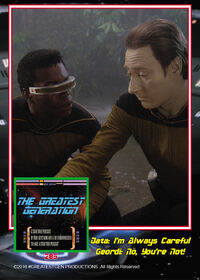 Data: I'm Always Careful
Geordi: No, You're Not! 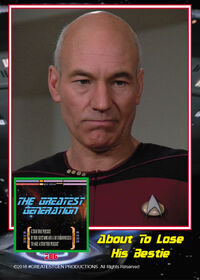 About To Lose His Bestie 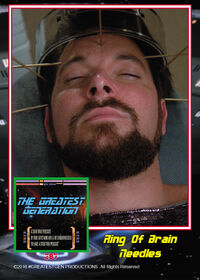 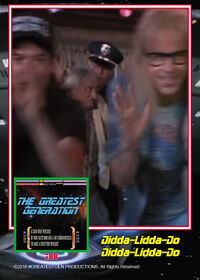 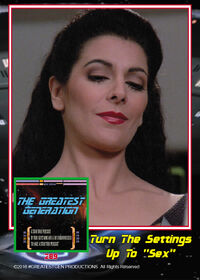 Turn The Settings Up To "Sex" 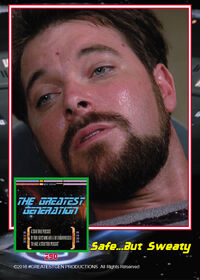 Safe...But Sweaty
Add a photo to this gallery
Retrieved from "https://greatestgen.fandom.com/wiki/TNG_222?oldid=4309"
Community content is available under CC-BY-SA unless otherwise noted.