The Ensigns of Command

When a race of Hefty bags wants to tarp over a planet with 15,000 humans living on it, the Enterprise has to consider taking them on a Kid Rock cruise. The only crewmember immune to the local radiation is Data, so he beams down only to find an obtuse demagogue with a weird voice is running the place, and the guy doesn’t believe that the Hefty corporation even exists. Is Data a secret practitioner of rave hand jive, or does he just have invisible balls to play with? Why is Gosheven sounding so thirsty? Are Lenny and Carl on loan from The Simpsons? It’s the episode in which we award some T-shirts.

For putting this episode (Ensigns of Command, S3E02) in his Top 10 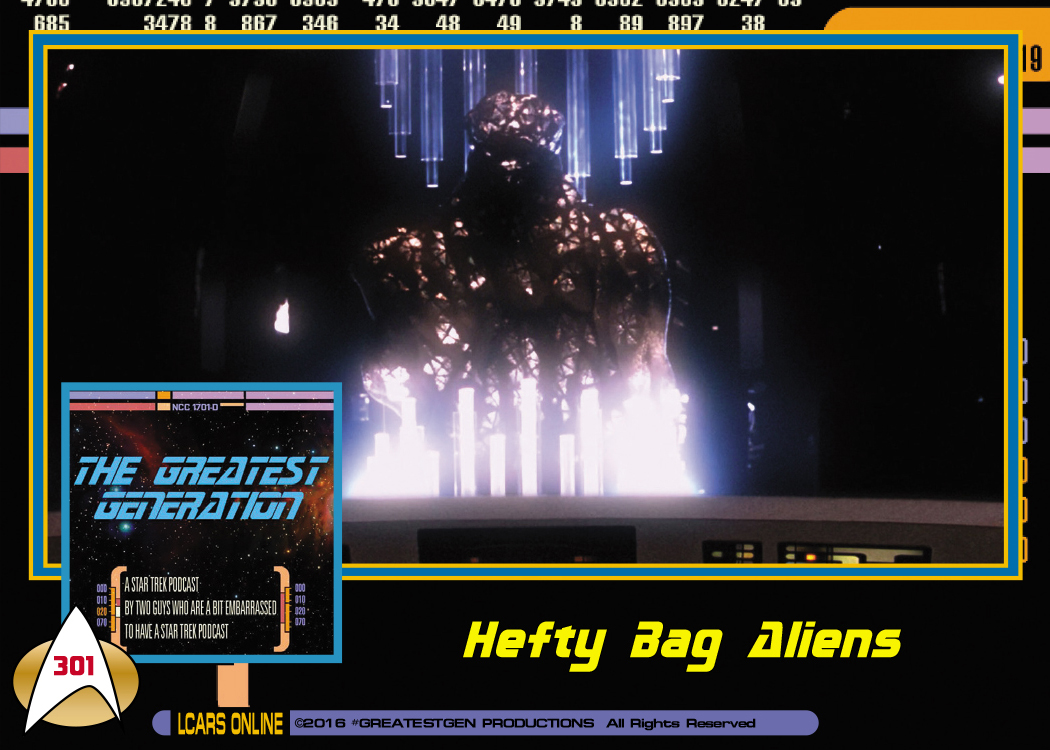 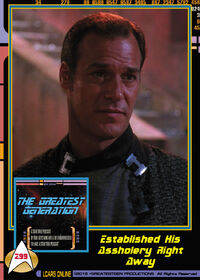 Established His Assholery Right Away 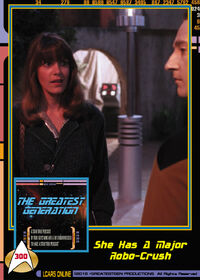 She Has A Major Robo-Crush 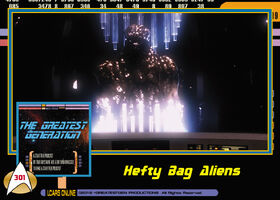 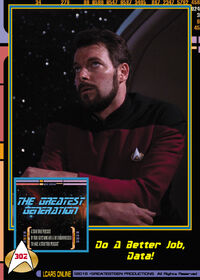 Do A Better Job, Data! 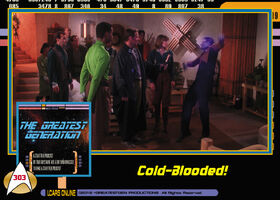 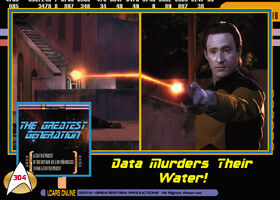 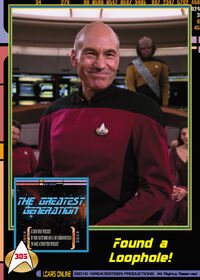 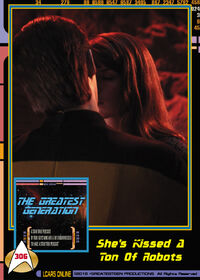 She's Kissed A Ton Of Robots
Add a photo to this gallery
Retrieved from "https://greatestgen.fandom.com/wiki/TNG_302?oldid=5527"
Community content is available under CC-BY-SA unless otherwise noted.