When the Enterprise discovers the aftermath of an attack on a planetary colony, they become suspicious of the two elderly survivors shacked up in the nicest house on their block. These survivors also seem unusually obsessed with their landscaping, which catches Commander Riker off-guard. But when Counselor Troi gets a bad song stuck in her head, the crew starts to wonder if there's something sinister going on inside their Malibu home. How many scarves is a reputation worth? Is there such thing as a lethal amount of guile? Why won't Captain Picard tell anyone what he's thinking? It's the episode where we play ALL the music.

For some unphysical space work during a space battle 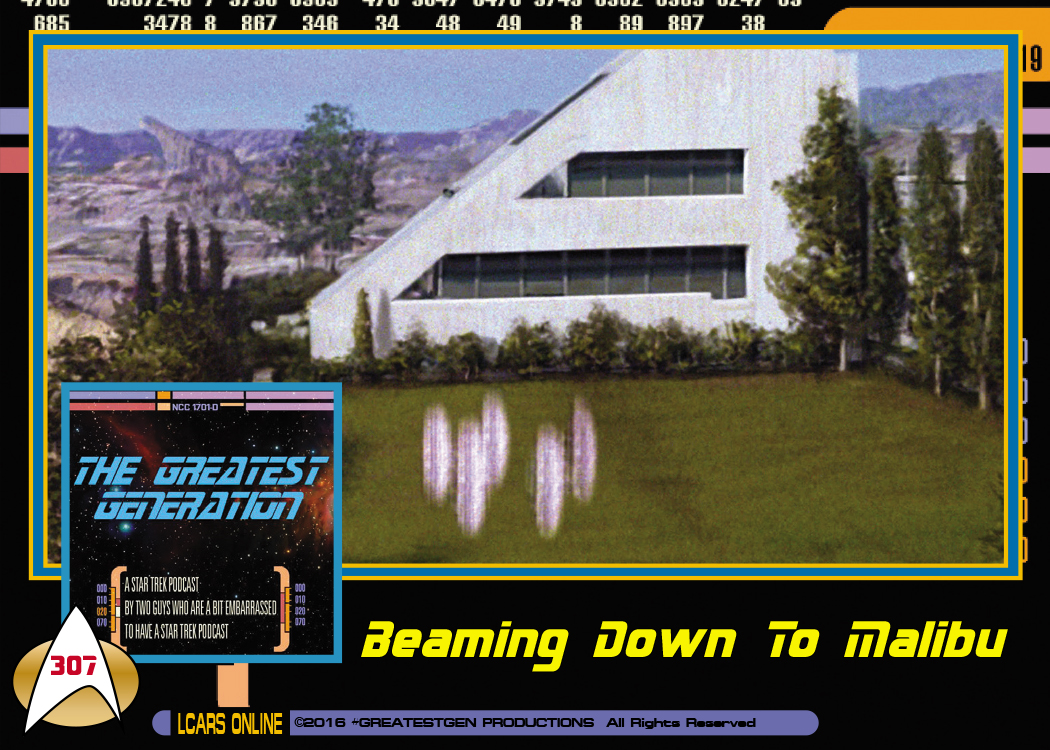 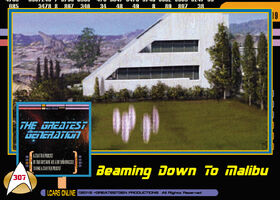 Beaming Down To Malibu 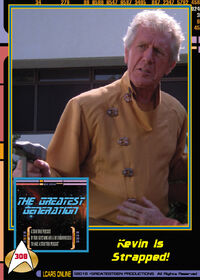 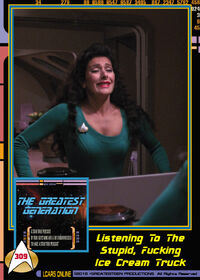 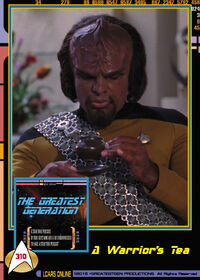 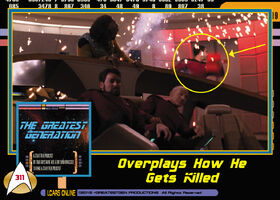 Overplays How He Gets Killed 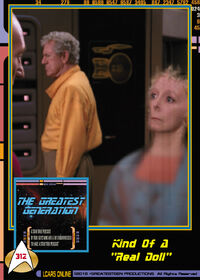 Kind Of A "Real Doll" 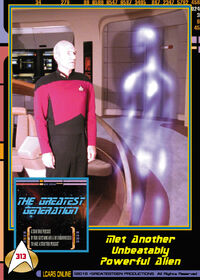 Me Another Unbeatably Powerful Alien 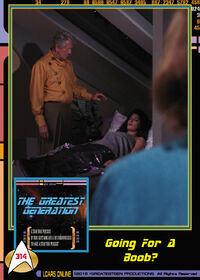 Going For A Boob?
Add a photo to this gallery
Retrieved from "https://greatestgen.fandom.com/wiki/TNG_303?oldid=5537"
Community content is available under CC-BY-SA unless otherwise noted.