When the ship gets stuck in some mud, Geordi is the only person onboard ship who gets put to work on saving the crew. Naturally, he makes himself a virtual girlfriend to help out along the way. Will Picard try to steal her like he stole Minuet? Has Chief O’Brien found the best way yet to kiss Picard’s ass? Was Geordi just drunk the entire time? It’s the episode where Adam talks about an uncomfortable date he went on.

For assigning only Geordi to work on saving the ship

For belatedly mentioning to Picard all the problems he missed 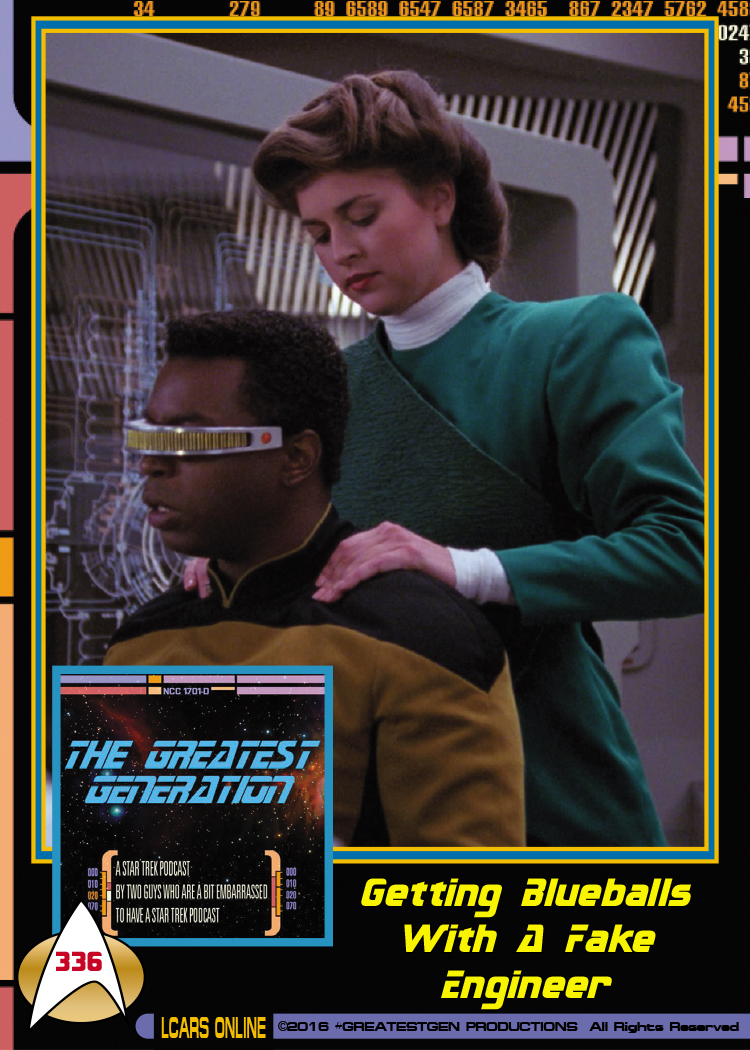 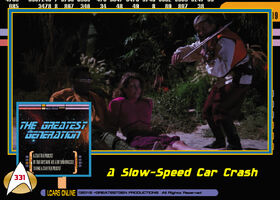 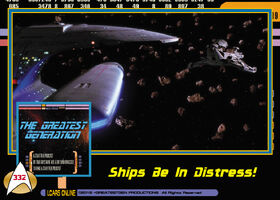 Ships Be In Distress! 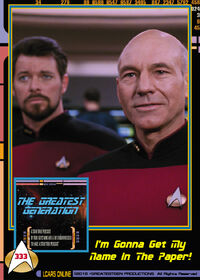 I'm Gonna Get My Name In The Paper! 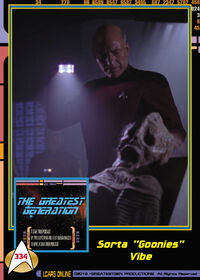 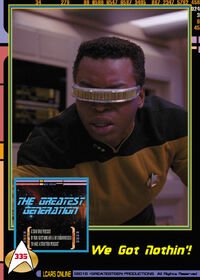 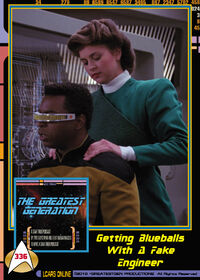 Getting Blueballs With A Fake Engineer 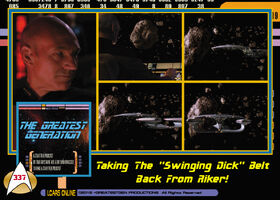 Taking The "Swinging Dick" Belt Back From Riker! 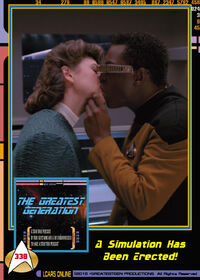 A Simulation Has Been Erected!
Add a photo to this gallery
Retrieved from "https://greatestgen.fandom.com/wiki/TNG_306?oldid=5564"
Community content is available under CC-BY-SA unless otherwise noted.