Slathered in Middler
Speaking of Feet

When the Enterprise drops off a Dustbuster Club on a planet besieged by plot-forwarding radiation, the away team loses track of Geordi and beams up an injured Romulan instead. Stuck in a hole and slowly going blind, Geordi's fate lies with an ally who discloses some troubling opinions about eugenics. How careful do you have to be when a Romulan pulls you over? Can gaberdine wick away moisture before the chafing starts? Is this the start of Riker's drinking problem? It's the episode where Worf is made to disclose his donation status.

For not helping the dying Romulan 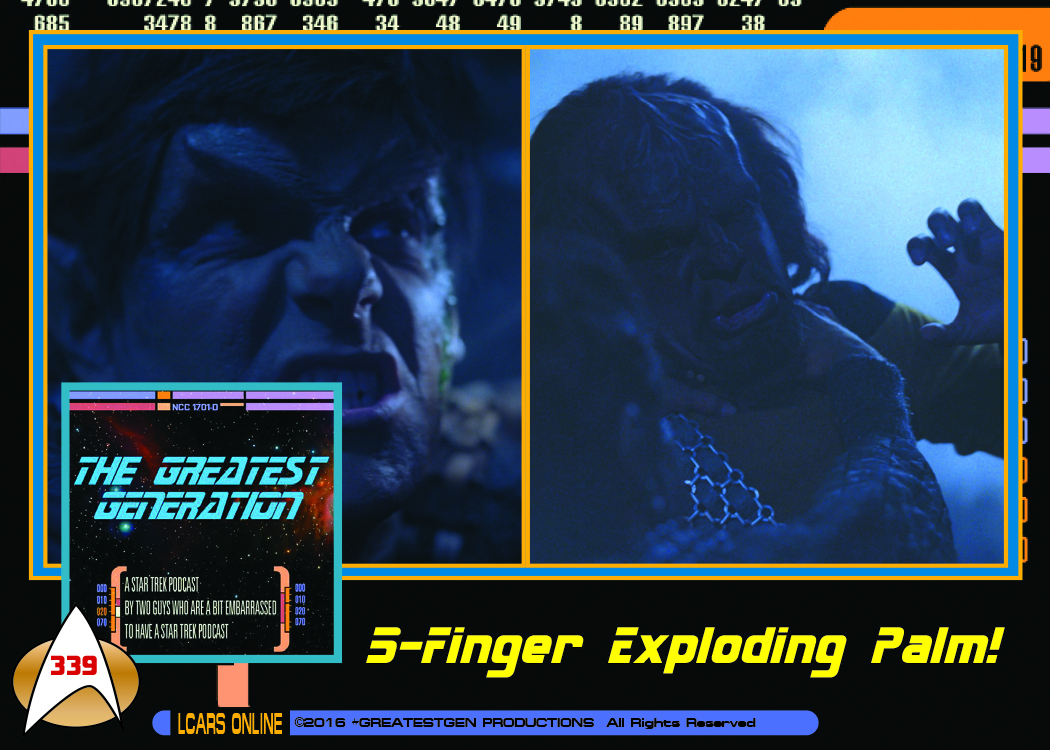 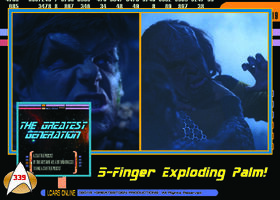 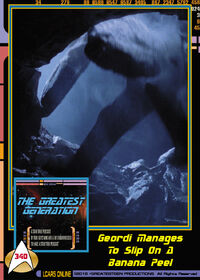 Geordi Manages To Slip On A Banana Peel 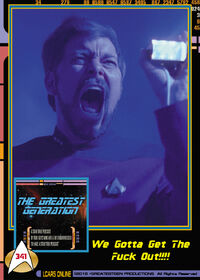 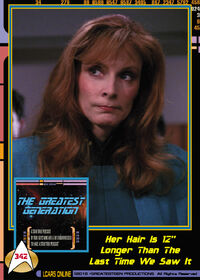 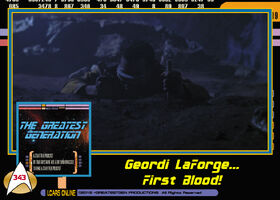 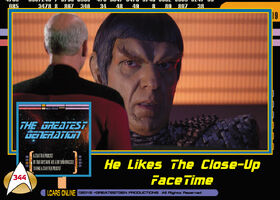 He Likes The Close-Up FaceTime 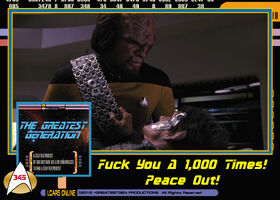 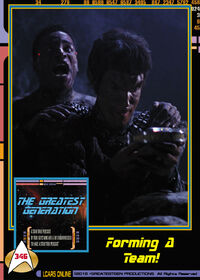 Forming A Team!
Add a photo to this gallery
Retrieved from "https://greatestgen.fandom.com/wiki/TNG_307?oldid=5573"
Community content is available under CC-BY-SA unless otherwise noted.