The Episode itself
Space Butthole

When the Enterprise plays host to a ‘hole’ auction, Riker gets in on the action, leaving Troi to be pursued by Lloyd Braun. It isn’t long before he’s creepily touching her hair. Is a deep vee and a male gaze the only sure way to attract 24th century women? How do you bang in a bunkbed shuttle? Can Riker’s dog be bigged? It’s the episode that turns a previously three dimensional character into a flat one!

Daily Double! The Episode itself 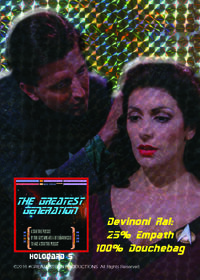 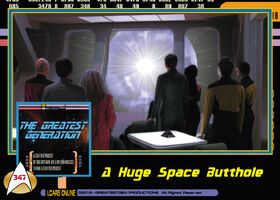 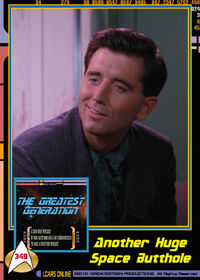 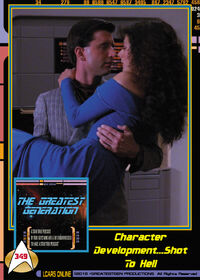 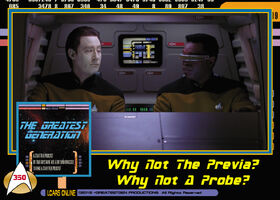 Why Not The Previa? Why Not A Probe? 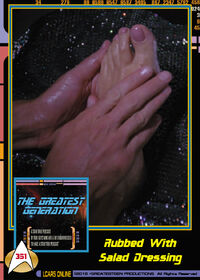 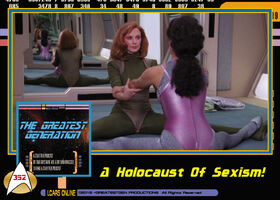 A Holocaust Of Sexism! 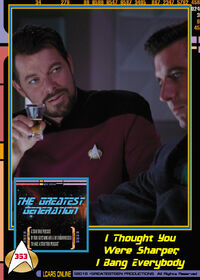 I Thought You Were Sharper, I Bang Everybody 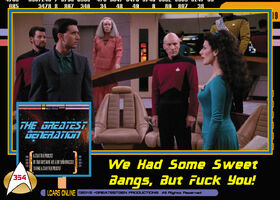 We Had Some Sweet Bangs, But Fuck You!
Add a photo to this gallery
Retrieved from "https://greatestgen.fandom.com/wiki/TNG_308?oldid=5582"
Community content is available under CC-BY-SA unless otherwise noted.