Sins of the Father

Android Splash
So, This Monica Lewinksy

When the Klingon exchange program gives the Enterprise a very hostile second in command, it's up to the crew to fall in line or risk being murdered in a turbolift. The new guy's meatloaf looks familiar, so he and Worf take a trip to visit their old stomping grounds to dispute an old family controversy. What's the mortality rate in a Klingon hospital? Is it a good idea to "sprinkle the dog" around when you meet new people? Should the hosts take holidays off? It's the episode that was almost called, "Don't Be a Menace to the Klingon Homeworld while Wearing Your Robe in the Hood"!

For the hubris to walk through Klingon slums

For living in obscurity while knowing many prominent Klingons 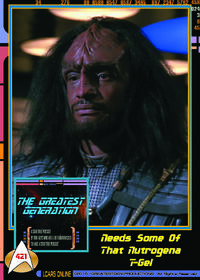 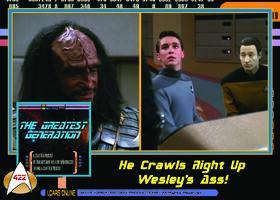 He Crawls Right Up Wesley's Ass! 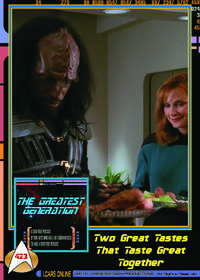 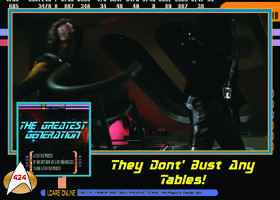 They Don't Bust Any Tables! 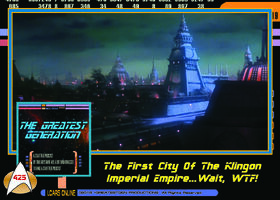 The First City Of The Klingon Imperial Empire... Wait, WTF! 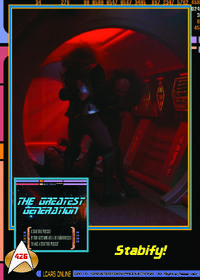 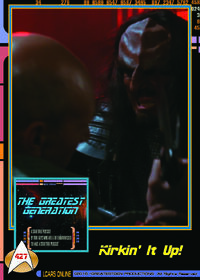 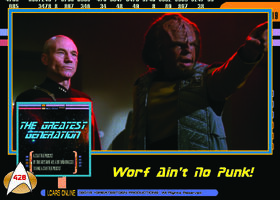 Worf Ain't No Punk!
Add a photo to this gallery
Retrieved from "https://greatestgen.fandom.com/wiki/TNG_317?oldid=5327"
Community content is available under CC-BY-SA unless otherwise noted.