Magazine in the Woods
Kool-Aid Jacuzzi

When a con man abducts commander Data, his only ways to pass the time are trying to smile and trying to sing to a hand puppet. The Enterprise crew’s only hope is to start taking Geordi’s conspiracy theory website seriously. What century has the best bubblegum smell? How anti-semitic is this whole deal? Is her chin messed up because alien or because surgery? It’s an episode that has fewer small hand jokes than it probably should.

For saying "loolooloo" while feeding a hand-puppet bird 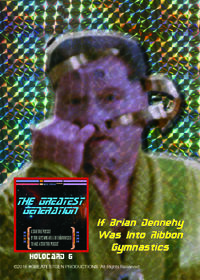 Palor Toff: If Brian Dennehy Was Into Ribbon Gymnastics 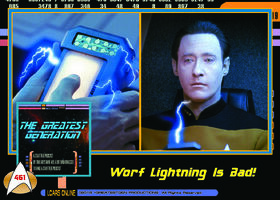 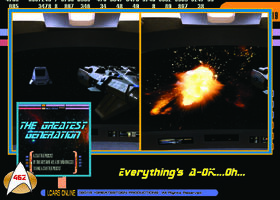 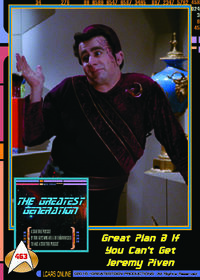 Great Plan B If You Can't Get Jeremy Piven 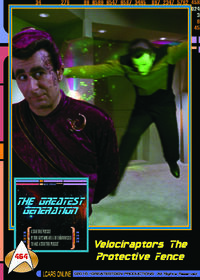 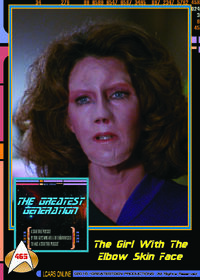 The Girl With The Elbow Skin Face 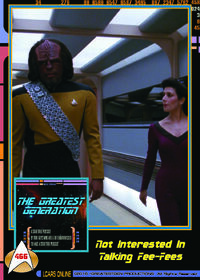 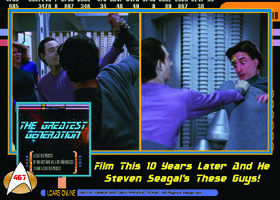 Film This 10 Years Later And He Steven Seagal's These Guys! 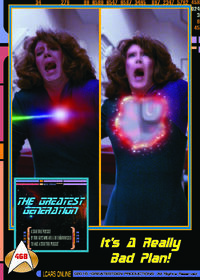 It's A Really Bad Plan!
Add a photo to this gallery
Retrieved from "https://greatestgen.fandom.com/wiki/TNG_322?oldid=5002"
Community content is available under CC-BY-SA unless otherwise noted.