More Labial than Chihuly
Confiding in a Blender

Nothing says "Rom Com" like failing to save your dying planet from a horrifying icy death! Lwaxana's dating a milk jug that's at his expiration date! Sweet death is her Enjoli!

For out-acting her hair

For sheepishly exiting a turbolift, on the lookout for Lwaxana 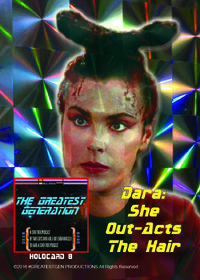 Dara: She Out-Acts The Hair 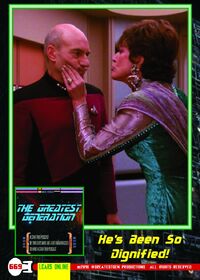 He's Been So Dignified! 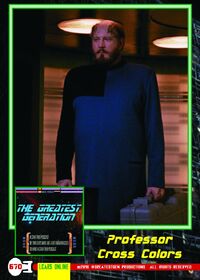 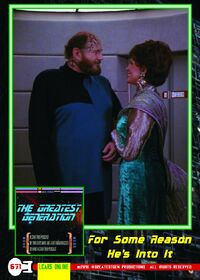 For Some Reason He's Into It 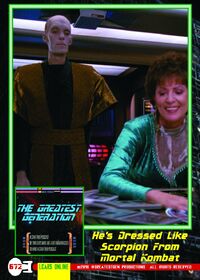 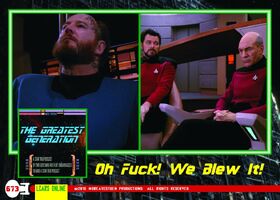 Oh Fuck! We Blew It! 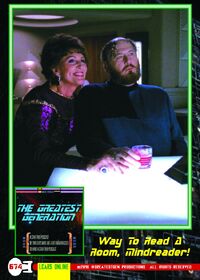 Way To Read A Room, Mindreader! 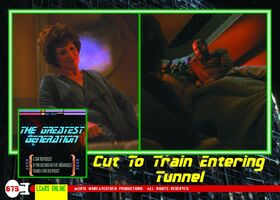 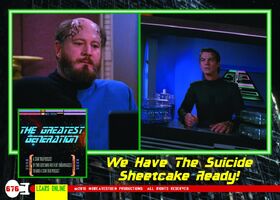 We Have The Suicide Sheetcake Ready!
Add a photo to this gallery

Retrieved from "https://greatestgen.fandom.com/wiki/TNG_422?oldid=5373"
Community content is available under CC-BY-SA unless otherwise noted.