The Shelby Treatment
A Tour of Bangers

The Chandelier of Death steps on its own dick when it vaporizes one of Riker's booty calls! Forget the Klingons, the Cardassians or the Romulans! It's old ladies you don't piss off!

Folding his phaser so it looked like an erection in profile 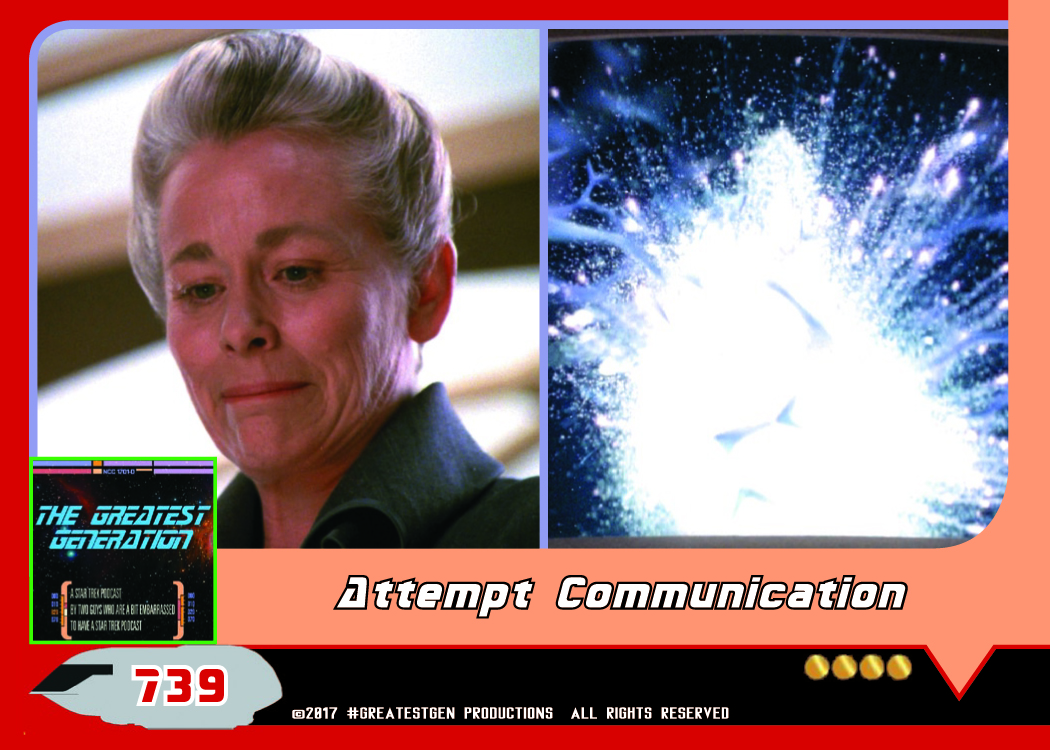 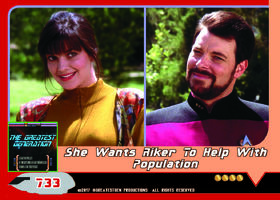 She Wants Riker To Help With Population 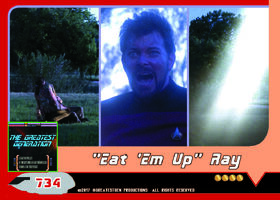 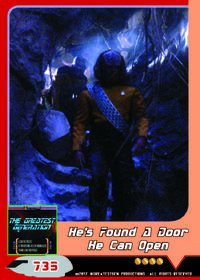 He's Found A Door He Can Open 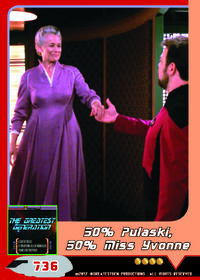 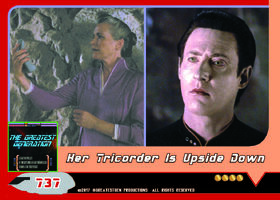 Her Tricorder Is Upside Down 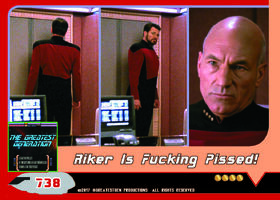 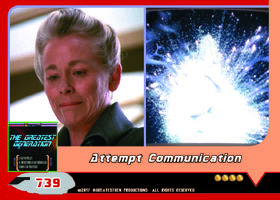 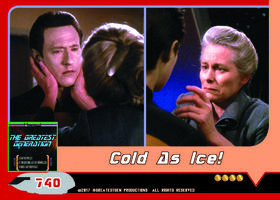 Cold As Ice!
Add a photo to this gallery

Retrieved from "https://greatestgen.fandom.com/wiki/TNG_504?oldid=4495"
Community content is available under CC-BY-SA unless otherwise noted.