Resting Grief Face
No More Lead in the Pencil

If I knew where this episode was on my Blu-Ray disc I'd scratch it off with a nail! It's an episode so bad it gave the "D" open sores & wasted the Space Stripper Glitter idea.

Adam's pick is The Costumers

For the approving look he gives Lwaxana 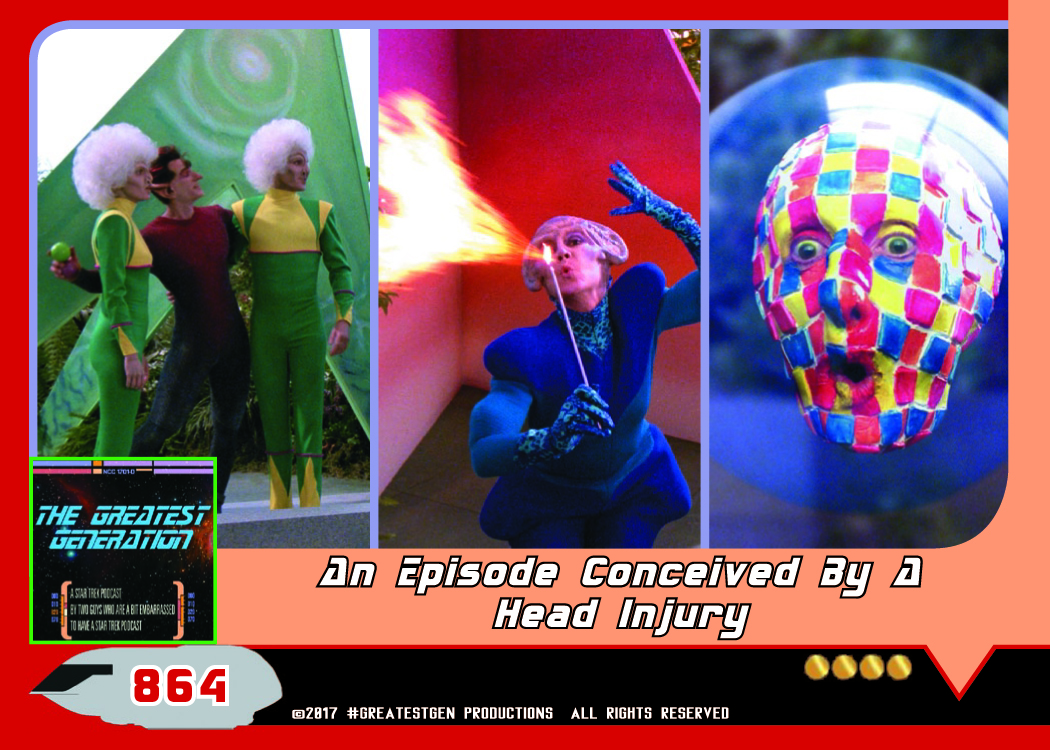 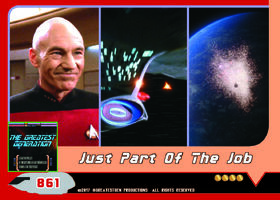 Just Part Of The Job 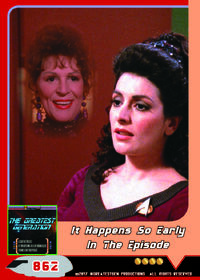 It Happens So Early In The Episode 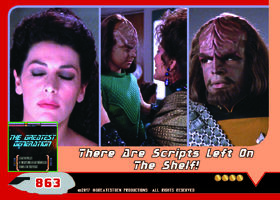 There Are Scripts Left On The Shelf! 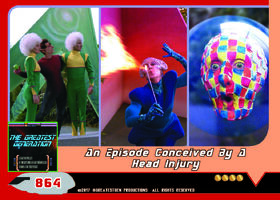 An Episode Conceived By A Head Injury 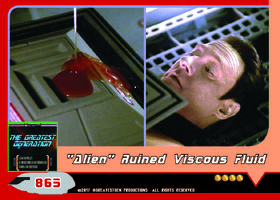 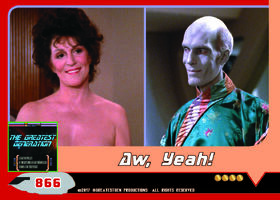 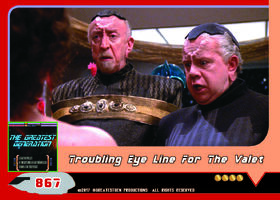 Troubling Eye Line For The Valet 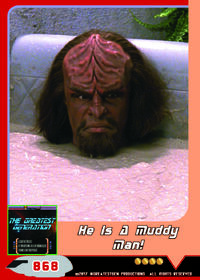 He Is A Muddy Man!
Add a photo to this gallery

Retrieved from "https://greatestgen.fandom.com/wiki/TNG_520?oldid=5091"
Community content is available under CC-BY-SA unless otherwise noted.