Barclay gets a case of "Ted Striker" disease trying to board a Miata stuck over Macho Grande. Start replicating Campho-Phenique because Barclay's got a case of Space Chiggers!

For saying “a mouth?” (in disgust) 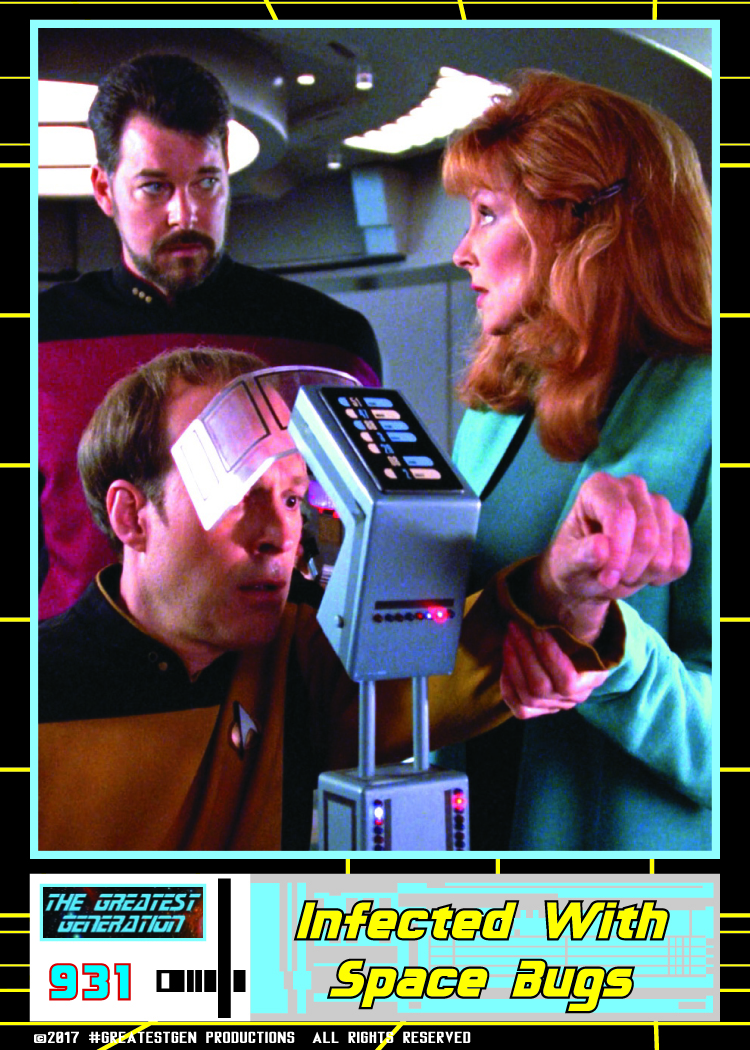 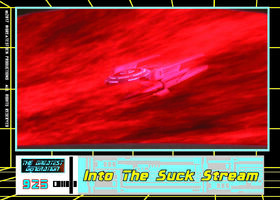 Into The Suck Stream 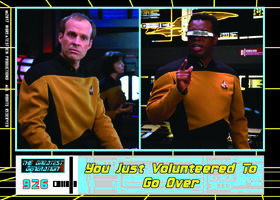 You Just Volunteered To Go Over 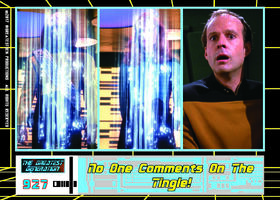 No One Comments On The Tingle! 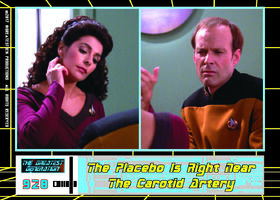 The Placebo Is Right Near The Carotid Artey 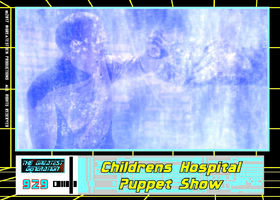 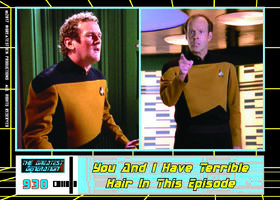 You And I Have Terrible Hair In This Episode 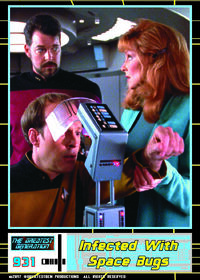 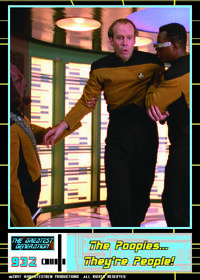 The Poopies... They're People!
Add a photo to this gallery

Retrieved from "https://greatestgen.fandom.com/wiki/TNG_602?oldid=5814"
Community content is available under CC-BY-SA unless otherwise noted.