A new wig wants to help Picard handle his flute while tickling the ivories, and his other parts. Picard has Lt. Cmdr Sputnik feeling a burning in her loins...and almost everywhere else!

Adam's pick is Engineer in Engineering

For slickly being onto Picard's affair, especially in the background of the concert 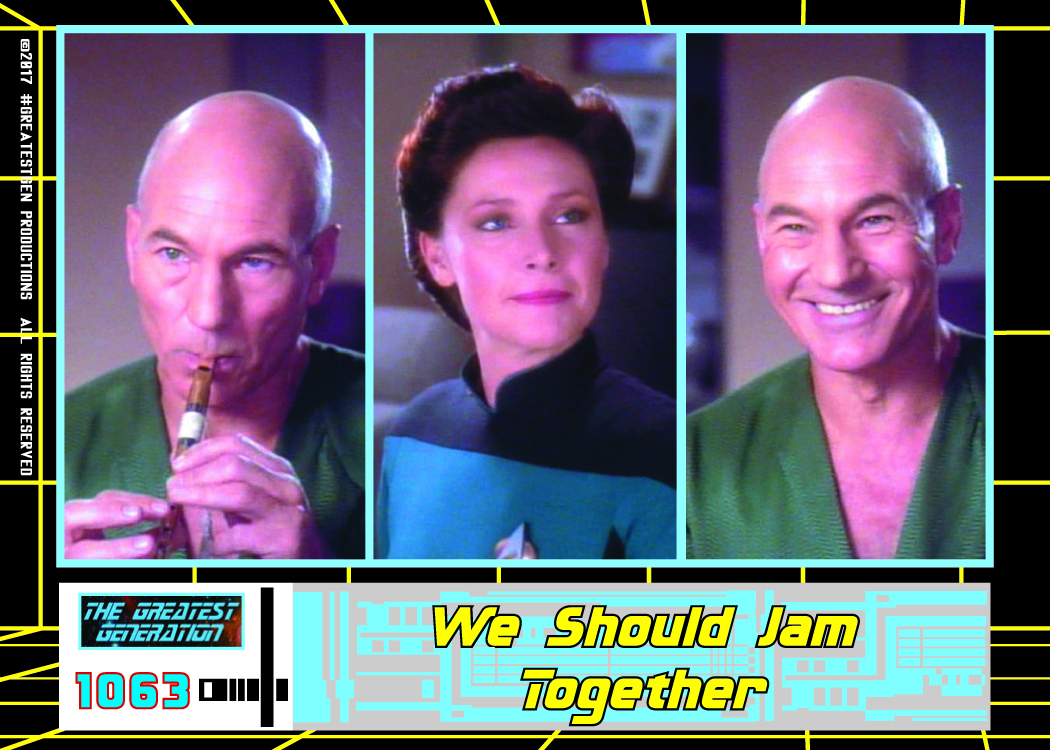 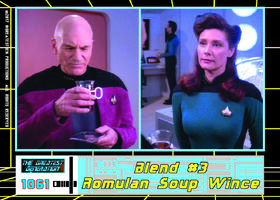 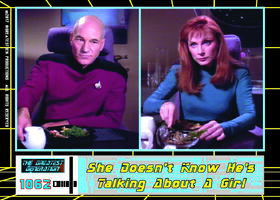 She Doesn't Know He's Talking About A Girl 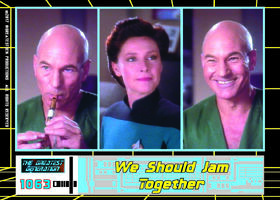 We Should Jam Together 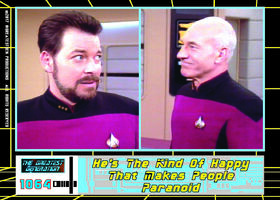 He's The Kind Of Happy That Makes People Paranoid 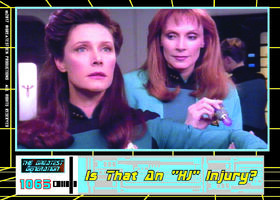 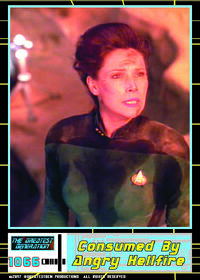 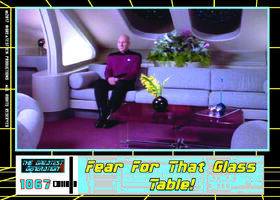 Fear For That Glass Table! 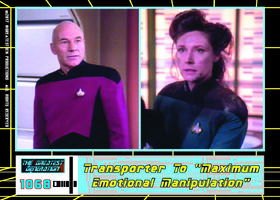 Transporter To "Maximum Emotional Manipulation"
Add a photo to this gallery

Retrieved from "https://greatestgen.fandom.com/wiki/TNG_619?oldid=6146"
Community content is available under CC-BY-SA unless otherwise noted.