(A Man With) Very Suspicious Loaf
Just For Mensign

Beverly throws a science sleepover that ends with a dead Ferengi and a guacamole autopsy! I guess if you can do an autopsy where the patient survives you should keep your job as CMO.

For a preposterous fall in the shuttlecraft fight scene 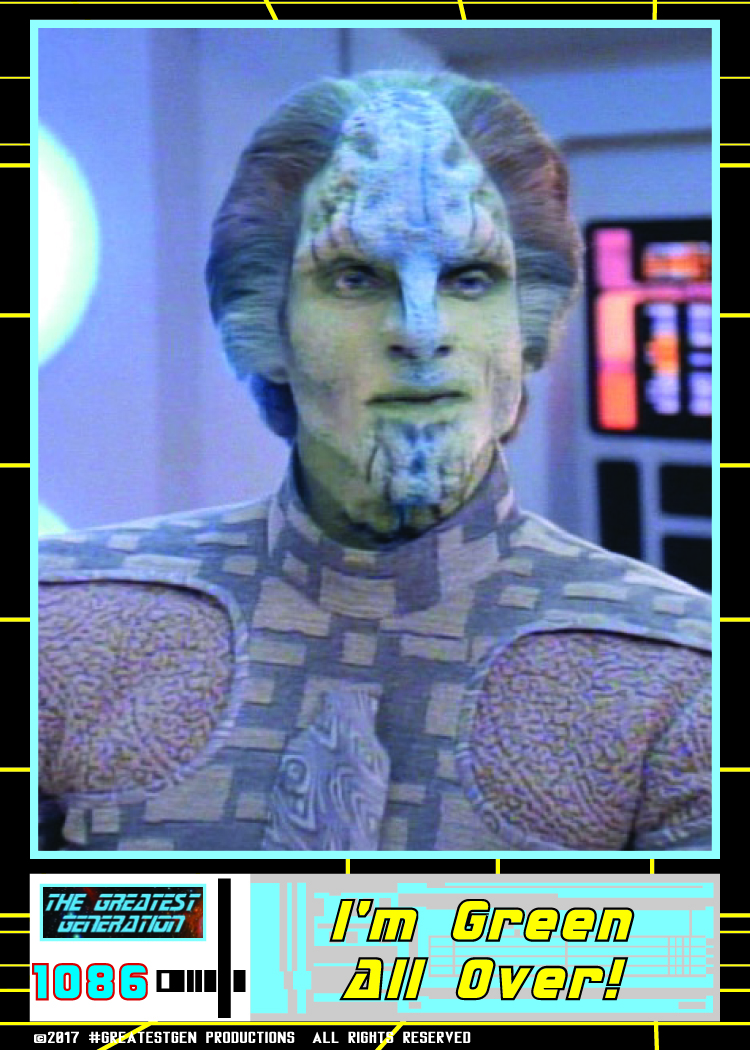 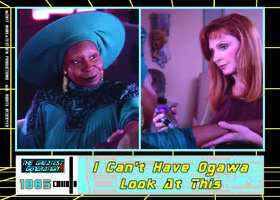 I Can't Have Ogawa Look At This 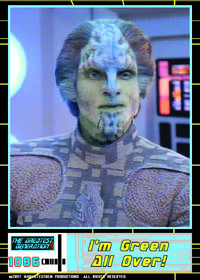 I'm Green All Over! 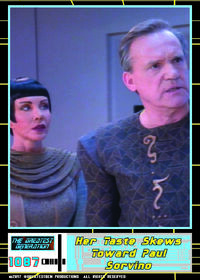 Her Taste Skews Toward Paul Sorvino 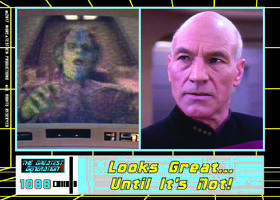 Looks Great... Until It's Not! 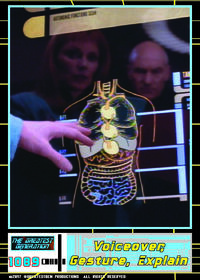 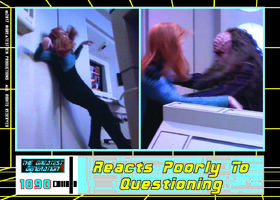 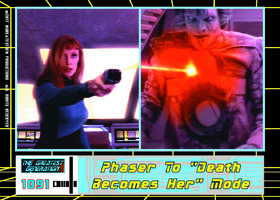 Phaser To "Death Becomes Her" Mode 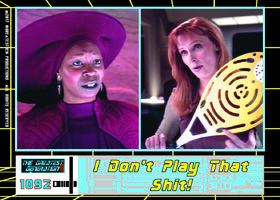 I Don't Play That Shit!
Add a photo to this gallery

Retrieved from "https://greatestgen.fandom.com/wiki/TNG_622?oldid=6195"
Community content is available under CC-BY-SA unless otherwise noted.